“Warriors… come out and PLAYayyy! 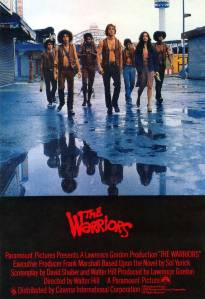 In a future, dystopian New York City, turf gangs and cops rule the streets. When one gang leader tries to bring all gangs together against the cops Coney Island’s The Warriors are framed for his murder and the entire city turns on them.

We are VERY proud to present this 1979 cult classic Brooklyn film as a FREE EVENT leading up to the 2012 Art of Brooklyn Film Festival.

Come dressed as one of The Warriors, the Baseball Furies, the Orphans, the Lizzies, or your favorite character from the film and win a VIP PASS to the entire Festival, including opening and closing night parties!

Reserve your FREE tickets today… CAN YOU DIG IT???

About The Art Of Brooklyn